Registered Maps with Details of Honouliuli and the Larger ‘Ewa Region 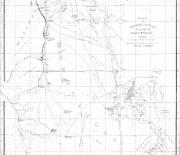 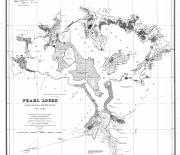 Previous Pause Next
Honouliuli: Proceedings of the Boundary Commission

Following the Mahele Aina, there was a growing movement to fence off the land areas and  control  access  to  resources  that  native  tenants  had  traditionally used. In the 1860s, foreign landowners and business interests petitioned the Crown to have the boundaries of their respective lands—which became the foundation for plantation and ranching interests—settled. In 1862, the king appointed a Commission of Boundaries, a.k.a. the Boundary Commission, and tasked them with collecting traditional knowledge of place, land boundaries, customary practices, and deciding the most equitable boundaries for each ahupua‘a that had been awarded to alii, konohiki, and foreigners during the Mahele. The commission proceedings were conducted under the courts and as formal actions under law. As the commissioners on the various islands undertook their work, the kingdom hired or contracted surveyors to begin the surveys, and in 1874, the Commissioners of Boundaries were authorized to certify the boundaries for lands brought before them.1

Records from the Ewa District were recorded from 1868 to 1904, with the proceeding from Honouliuli being held between 1873 and 1874. The records include testimonies of elder kamaaina who were either recipients of kuleana in the Mahele, or who were the direct descendants of the original fee-simple title holders. The documentation includes the preliminary requests for establishing the boundaries; letters from the surveyors in the field; excerpts from surveyor’s field books (Register Books); the record of testimonies given by native residents of the lands; and the entire record of the Commission in certifying the boundaries of each ahupuaa cited. The resulting documentation offers descriptions of the land, extending from ocean fisheries to the mountain peaks; traditional and customary practices; land use; changes in the landscape witnessed over the informants’ lifetime; and various cultural features across the land.

The native witnesses usually spoke in Hawaiian, and in some instances, their testimony was translated into English and transcribed as the proceedings occurred. Other testimonies were transcribed in Hawaiian and remained untranslated, but have now been translated for inclusion in this study. Translations of the Hawaiian-language texts below were prepared by Kepa Maly.

The Boundary Commission proceedings documented many traditional place names and features along the boundaries of the ahupuaa, with locations extending from the sea—including fishponds and fisheries—to the mountain peaks. These names demonstrate Hawaiian familiarity with the resources, topography, sites, and features of the entire ahupuaa. Coulter observed that Hawaiians had place names for all manner of feature, ranging from “outstanding cliffs” to what he described as “trivial land marks” [6:10]. History tells us that named locations were significant in past times: “Names would not have been given to [or remembered if they were] mere worthless pieces of topography” [14:412].

In ancient times, named localities signified that a variety of uses and functions occurred:

•  triangulation points such as koa (land markers for fishing grounds and specific offshore fishing localities);
•  residences;
•  areas of planting;
•  water sources;
•  trails and trail-side resting places (oioina), such as a rock shelter or tree shaded spot;
•  heiau or other features of ceremonial importance;
•  may have been the source of a particular natural resource or any number of other features; or
•  the names may record a particular event or practice (e.g., use for burials, the making of koi or adzes, or designation as a fishery) that occurred in a given area.

As in the records of the Mahele, every place name cited in the Boundary Commission proceedings has been listed in the table below. A number of the place names remain in use on maps or among some residents, while others are no longer in use. Of particular note are several place names and their associated narratives which document wahi pana on the traditional landscape.